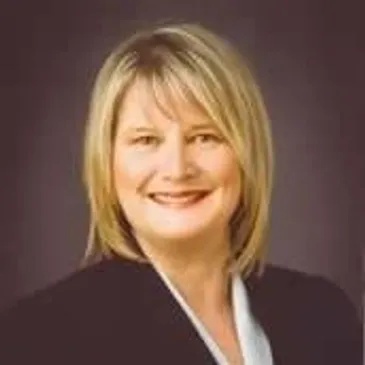 Former Vice Mayor Rose Herrera completed her second four-year term as a San José City Councilmember in December 2016, representing District 8 in Southeast
San José. Rose served as the first City Council Liaison to the Veterans community. An Evergreen resident for 38 years, native of East San José, Rose graduated Overfelt High School and received both her Bachelor’s and Master’s degrees from Santa Clara University. Former Vice Mayor Herrera served her country in the United States Air Force. While serving she was recruited to the DOD Race Relations education program as an instructor to assist with the mission to educate and facilitate better race relations. An early supporter and advocate for women’s issues, she is a Founding Member of the Bay Area Military Women’s Collaborative, and Founder and Past President of the League of California Cities Women’s Caucus. Rose chairs the Santa Clara County Measure B Oversight Committee, Rose is serving on the Santa Clara County United Veterans Council as President and government liaison.

Carolann Wunderlin is an Air Force Veteran still serving with the Department of Air Force as a full-time civilian employee with the 129th Rescue Wing California Air National Guard as a Military & Family Readiness Program Manager as well as their Transition Assistance Program Manager.   In June 2022, she spearheaded the unit’s very first Women Veterans Day event, the first of its kind in the California Air National Guard and received recognition from the Governor, the State Deputy Secretary for Women Veterans Affairs and the UVC.  Most recently, she also spearheaded the standing up of the unit’s Airmen Resiliency Center, leading a team of nine functional programs collocated in one building.   She’s a 20-year member of the American Legion and the founder of the Adm Wm A Moffett American Legion Post established in 2007.  As Commander, hosted its inaugural post meeting with Colonel William Moffett III, grandson of the post namesake, during the  75th Jubiliee of  NASA/Moffett Anniversary; hosted the NASA Ames first Patriot Day event on the parade grounds of former NAS Moffett Field; member of the Department of California Santa Clara Convention Committee where she was responsible for coordinating vendors and coordinating tours of Moffett Field, bus transportation and meals, as part of the Legion Convention experience.  Spearheaded the statewide inaugural Operation Military Kids event at Moffett Field under the State Adjutant General’s Operation Ready Families Program; served on Adjutant General Mary Kight’s Interservice Family Assistance  Committee (ISFAC); Hosted the 2015 District 13 American Legion Dynamic Women of Service Awards Ceremony; Coordinated the Moffett Armed Forces Covenant Ceremony with support from the Army Community Covenant Project Manager and NASA Ames.  Recognized by the City of Alameda for her work as a 7year emcee of the Twin Towers Church Women in Service Appreciation Event; Wunderlin is also on the board of directors for the Mountain View Veterans Memorial and has co-chaired many patriotic ceremonies on the committee as well as a member of the 40&8 San Tomas Voiture 365. 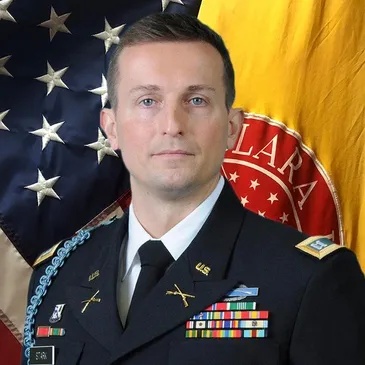 Colin Stark is a native of Indiana and enlisted in the Indiana Army National Guard in February of 2000 as an Intelligence Analyst. In 2006 CPT Stark deployed to Ramadi, Iraq for 16 months as an Infantry Platoon Leader and was in charge of two Iraqi Police stations in Ramadi and Fallujah After deployment Colin moved to Los Gatos, CA to volunteer in a yearlong church program and study for the GMAT with the goal of attending Santa Clara University’s (SCU) MBA program.

Currently serving is an Army Reserves Captain and Assistant Professor of Military Science at Santa Clara University. He’s also a Senior IT program Manager with HPE residing in San Jose with his family. 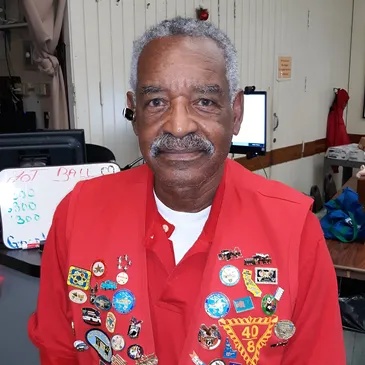 Air Force veteran stationed for two years at Kindley Air Force Base Bermuda, Assigned to HQ USAFE in Germany. Upon completion of assignment was discharged and returned to United States. Transitioned to civilian employment with a globally recognized energy company and assumed roles of greater responsibilities after 35 years of exemplary employment joined the American Legion.

Steve is a Native Californian born in Marin County, grew up in SOCAL joined the US Navy in 1965. Served as a Fleet Marine Force Corpsman with the USMC 3rd Force Reconnaissance Battalion in Vietnam. Assumed positions of increased responsibilities, while holding several key leader hospital positions in Finance and Operations.

Undergraduate degree in health administration from Cal State Northridge with an MBA from St. Mary’s College in Moraga. Proud member of the Darwin J. Thomas memorial chapter 201, Vietnam Veterans Association (VVA) and DAV Chapter 11 in the position as Secretary/Treasurer. Culmination in my current role as the UVC Treasurer.

Esau is the proud son of a WWII U.S. Army veteran.  His father was an immigrant from Mexico, and volunteered to serve as part of his duty to his adopted country.

Esau is a graduate of Santa Clara University, twice, with a Bachelor's degree in Business Administration and a Juris Doctorate from the School of Law.  He has been a practicing attorney in Santa Clara Valley since 1976.  Esau was elected to and served on the school board of the East Side Union High School District, and also the Alum Rock Union School District, for a total of 26 years.

Esau has served in the past as President of the California Latino School Board Member Association, and as Vice President of the National Latino School Board Member Association.  He served in the U.S. Navy and Navy Air Reserve from 1972 - 1978.  Most of the present time you can find Esau proudly wearing his "Navy Veteran" shirt. 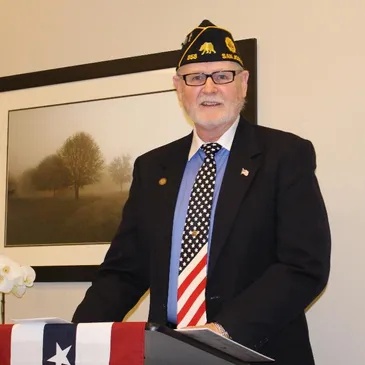 Bill McCorquodale has lived in San Jose area since 1969. He has been married to his wife Chris since 1973, they have two children and 6 grandchildren.

Bill is a retired Minister who currently serves the Veteran community as Chaplain for the United Veterans Council, the Veterans Supportive Services Agency (VSSA), the American Legion Post 858, and the Vietnam Veterans of America. Bill is a U.S. Navy Vietnam Veteran serving from 1968 to 1974 with duty throughout the Pacific. 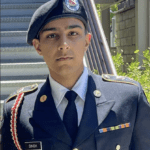 Mandeep Singh is a MS4 cadet at Santa Clara University studying Computer Science & Engineering with prospects of branching into the Cyber Corps. He has lived in Santa Clara his whole life. 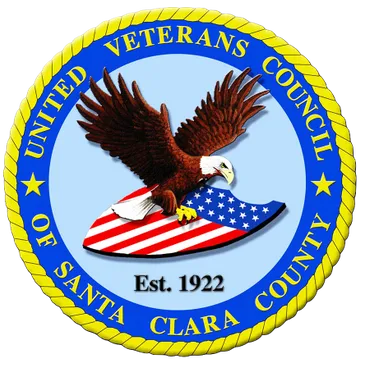